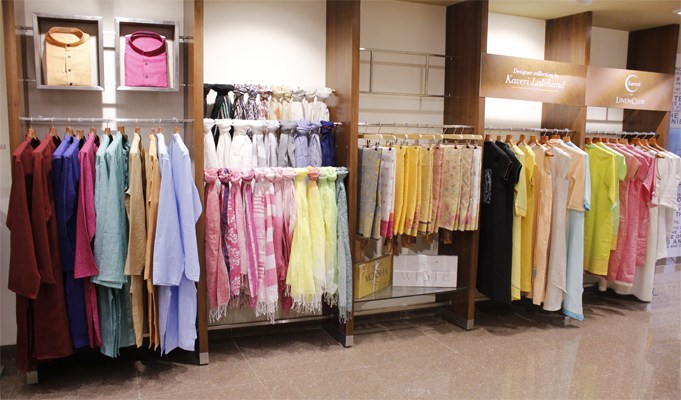 Linen Club plans to add 200 stores by then.

According to a company official, Jaya Shree Textiles’ fabric brand Linen Club expects to double its business to Rs 1,500 crore and add 200 stores to its sales network by 2024.

As part of the expansion, the Aditya Birla Group company is expanding in tier II and III markets along with its cluster-based approach, where people are spending more on tailored clothes.

Besides domestic expansion, Linen Club, which has a couple of stores in the Middle East, is also exploring opportunities to open stores in southeast Asian regions.

“We want to double our business and be around Rs 1,500 crore by 2024 along with a network of 400 brand outlets,” Aditya Birla Group CEO – Domestic Textiles & Thai Acrylic Fibre – Satyaki Ghosh told PTI.

Besides, he added that Linen Club’s fabric distribution to multi-brand outlets would also be doubled to around 11,000 outlets from the present 6,500 units.

According to Ghosh, Linen Club’s present revenue base is around Rs 700 crore to Rs 800 crore. “We would introduce lots of new products,” he said, adding, “We also sell to lots of brands which use our fabric. That business would also grow“.

Presently, many of its fabric sales come from non-metro places, where the stitching of clothes is in trend.

“As of now, in the short-term, it is not there, but in the long-term, we have. We want to open design hubs in the US and Europe. We are already supplying many brands, and the first endeavor is to go there and understand it (market),” said Kataria.

According to Ghosh, the bulk of Linen Club stores, over 100, are in Southern India, where the adoption of linen is high. “We first concentrated in those markets and then expanded to East states, and now Northeast is also responding,” he said, adding that there is enough room in the north and westerns market to grow where there is a lesser number of stores. Become a Blockchain Developer. Learn coding from scratch upgrade & IIIT-B: PG Diploma in Software Development: Specialisation in Blockchain| Sponsored

Rana Kapoor, keen to sell his stake in YES Bank to PaytmYES Bank founder and promoter Rana Kapoor, talks with fin-tech major Paytm on a possible sale of his stake in the private sector lender. Kapoor is understood to have initiated discussions with PaytThe Hindu Businessline.

The catalyst for Singapore Exchange Born between 1960-1975? Term Life Insurance Worth rs.1cr at Rs.2500/month term Life Insurance| Tatas worried about AirAsia India growth; unlikely to bid for AIGroup to focus on Vistara, expects it to be the only full-service carrier in a few yearsThe Hindu Businessline