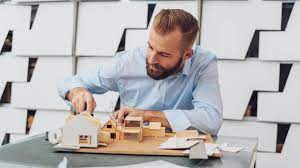 One has often heard people saying that we shape the building, and thereafter they shape us. Architects are the people who shape the building. They use time and space and make something thoughtful from it. But some debates often take place regarding if one should hire an Architect, Designer, or Contractor. Even though each of them has something to contribute to the making of a building, when you have a stipulated budget and are trying to save money in construction and remodeling, you may give a thought to hire a contractor. As inexpensive as it may sound, but a contractor can never promise you the same results. There are legitimate reasons why one should hire an architect and not a contractor or a designer. This article will deal with those reasons. However, before moving further, let us first understand the profile of a contractor, designer, or architect to realize who to hire.

ARCHITECT Vs. CONTRACTOR Vs. DESIGNER

The one thing that all the three shares in common are that they would sit, talk and listen to your dreams and hopes for the remodeling project. They will give you a budget and draw plans regarding the same. However, an architect is licensed fully; they are legally correct as they have to have a degree in architecture that is given to them after they sit for an exam that proves their mastery of building technologies, structural safety, and regulations. While a designer can be licensed or not, they generally don’t need a degree; if a person has appealing design ideas a sense of color coordination, then one can be a designer. Whereas a contractor needs to be licensed, or else they won’t be able to pull permits for your project. A contractor provides the carpenter, plumber, and other workers and supervises the work. The contractor may have a designer or architect in-house to partner with. Nonetheless, there is a catch in the cost.

An architect and designer will charge you $50 to $200 per hour or some percent project fee, but a contractor doesn’t charge an hourly basis; they tend to charge on a “cost-plus” basis — that is, they take the amount they expect the project to cost to complete, then add a markup.

Then Whom Should You Hire?

A contractor’s design can range from a comprehensive design plan to the back of an envelope design plan. At the same time, an architect will always create designs/ drawings on computer-aided software. They shall include all measurements like plumbing, electrical, etc. They are taught to be well versed with material and construction methods and have a greater perspective on space. Even though both will scream to bring your imagination into reality, architects will do it better. Architecture’s strength leans towards structure and the designer’s strength towards aesthetics. However, if the value of your project is more than 5% of your home’s value, the architecture should be called. But if there are no structural changes that need to be made. Then one should lookout for a designer.

In modern times, there is an architect for every size project. They are now willing to take all kinds of the project, including health, commercial, residential, and institutional. So to make more of your space and make your house conducive and entertaining, you can hire an architect.